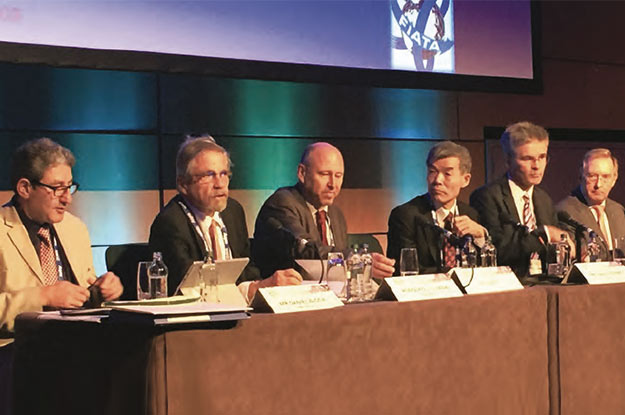 FREIGHT forwarder association Fiata and IATA have officially signed an agreement on the long-awaited reforms to the IATA Cargo Agency Program and now the hard work of implementation begins.

The new IATA-FIATA Cargo Agency Program (IFACP) was hailed as a “historic” agreement at an official signing ceremony held during the Fiata World Congress in Dublin.

IFCAP, which was initiated after a 2012 review of the existing programme and first unveiled in July, reflects the evolution of IATA cargo agents or freight forwarders from being “selling-agents” for airlines into “purchasing customers” and aims to involve forwarders as equal partners in the decision making process. It also moves decision-making on the rules governing the airline-forwarder relationship away from an airline-led conference to a governance body: the IATA-FIATA Governance Board (IFGB). This will be jointly managed by forwarders and airlines, to reflect current market conditions.

A phased roll-out of IFACP will begin in early 2017, with Canada as the pilot country, and will be completed worldwide by the end of 2018. Speaking at the signing ceremony, IATA senior vice president, financial and distribution services, Aleks Popovich said that while it had taken four years to come to an agreement, implementation was where the hard work would really begin.

“We have a big job for implementation going forward,” he said. “But we look forward to the effect of the roll out of this programme across all markets over the next two years. “This will be a big change of mindset for all forwarders and airlines that are partnering for mutual benefit and a big break from the past. “You have IATA’s continued commitment to making this partnership a success. It will take us into new areas of the modernisation of the air cargo sector.”

Fiata president Zhao Huxiang added: “After many decades we are launching a new airfreight programme which, for the first time, is jointly introduced by the global freight forwarder and airline organisations.

“Reaching the agreement was a monumental task but the implementation phase may be even more demanding.” There is no immediate impact on IATA cargo agents; existing participants in the IATA Cargo Agency/Intermediary Program will be provided with the new IFACP when implementation begins in their country.

Forwarders can join the new programme by completing the new agreement and no further assessment will be required. One of the main obstacles in the development of the new programme was that the two groups could not agree on whether IATA’s Cargo Accounts Settlement System (CASS), which will form part of the IFACP, should be mandatory or optional.

While the CASS system will remain as it is under the existing programme, a joint CASS policy group has been set up to guide the settlement system’s future direction.